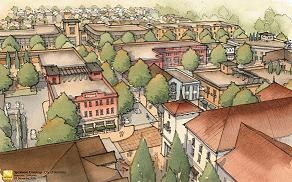 The City of Hercules entered into a Purchase and Sale Agreement with Property Development Centers LLC (PDC) for the City-owned parcel located at the southwest corner of Sycamore and San Pablo. PDC, an affiliate of the grocery retailer Safeway Inc., plans to develop the Sycamore Crossing site as an approximately 130,000 square foot shopping center anchored by a Safeway grocery store and service station. The shopping center would include a mix of tenant spaces and development pads.

Seifel provided a fiscal analysis and reuse appraisal to the City of Hercules for the Sycamore Crossing development. We analyzed revenues to the City from the development, including property taxes, sales tax, utility user taxes and franchise fees. Our reuse value analysis 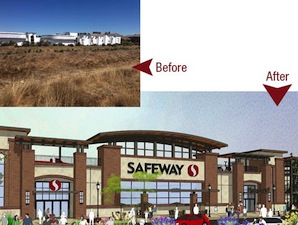 included the potential reuse value of the site based on the proposed project and intended use by PDC. The reuse analysis accounts for salient parts of the proposed Purchase and Sale Agreement between the City and PDC.

In January 2014, the Hercules City Council unanimously approved the Sycamore Crossing project. The project looks to break ground in 2015 and is planned to include over an acre of wetlands area that will be restored as part of the project.